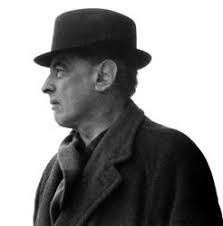 Youth is wasted on the young.
George Bernard Shaw

Nothing would seem more true than Shaw’s quote according to Gombrowicz’s narrator, Witold Gombrowicz.  Pornografia,Gombrowicz’s novel that missed winning the International Prize for Literature by one vote in 1960, features the eponymous narrator of the author and his compatriot in obsession, Fryderyk.  Beginning with Gombrowicz’s first meeting with Fryderyk, “a middle-aged guy…, dark and lean, with an aquiline nose”, we know that Fryderyk easily, if inexplicably, holds the power in the relationship.  In referencing how Fryderyk coughed, Gombrowicz reacts strongly:

This singular behavior(because he did nothing but “behave”, he incessantly”behaved”) aroused my curiosity even then, on first meeting him, and in the enduing months I became close to this man, who actually turned out to be someone not lacking refinement, he was someone with experience in the realm of art as well(at one time he was involved int he theater).

A polish version of The Odd Couple tinged with Gombrowicz’s  varying degrees of repulsion toward Fryderyk, these two tire of the World War II urban chaos and seek reprieve in the countryside at the home of an Underground participant, Hippolit S.  Amidst the pastoral setting, Fryderyk and Gombrowicz attempt to adapt to the quiet lifestyle of Hippolit, his wife and their daughter.  As it will happen with intellectuals without anything to analyze, they will create a psychological situation to exercise their intellects without any regard for whether the outcome is negative or positive.  Gombrowicz and Fryderyk become enthralled with the possibility of a budding love between the handsome young farm hand, Karol, and the equally attractive and sensual female counterpart, Henia.  In spite of the fact that Henia is betrothed to Vaclav, the provincial and much older lawyer friend of the family, the two aging intellectuals plot to arrange an affair between the would-be lovers.  Both Henia and Karol seem oblivious to the other as a possible love interest because they have been playmates since childhood.  This only exasperates Fryderyk and Gombrowicz , fueling their determination to pair the unparalleled erotic chemistry between Henia and Karol.  But what seems at once a cause for jealousy but also pity is Karol’s youth; his inability to recognize that his youth is what is giving him this sensual opportunity and also making him unaware of it.  Gombrowicz can only look on him with disdain:

Torn between child and man (which made him at the same time innocently naive and relentlessly experienced), he was, nevertheless, neither one nor the other, he was a third possibility, namely, he was youth, inwardly violent, harsh youth that was handing him over to cruelty, to brute force and obedience, condemning him to slavery and humiliation.  He was second-rate because young.  Inferior because young.  Sensuous because young,  Carnal because young. Destructive because young.  And in this youth of his–contemptible.

However, this is not yet the pinnacle of revulsion.  The ultimate grotesque horror came from the fact that we were like a couple of lovers, let down in our feelings and rejected by the other two lovers, and our aroused state, our excitement, had nowhere to discharge itself, so now it roamed between us…now there was nothing left except ourselves…and, disgusted with each other, we were still together in our awakened sensuality.  That was why we tried not to look at each other.

Things become even more complex and eerie when Vaclav’s mother is murdered and an Underground agent shows up at HIppolit’s with an unclear purpose.  But what becomes more smothering, if not intriguing, is that even though Gombrowicz is the narrator, he is much more concerned with what Fryderyk is thinking, what his actions are and what he plan to do as the plot develops.  There is the smothering obsession with the young couple, but the secondary obsession of Gombrowicz over Fryderyk that makes him an unreliable narrator, if at times hilariously absurd.  Like many obsessed people, Fryderyk and Gombrowicz are afraid of being caught playing deity, so they begin to communicate by writing notes back and forth that are left under a rock.  With the psychological idiosyncrasies of crackling like thunder in an electrical storm, the reader becomes inured by the plot and feeling the anxiety of impending doom.  Which comes, of course.  The bizarre end confronts obsession head on, with age destroying youth, and youth destroying age, and a complicity in a crime that can only forge a new and deranged bond between Karol and Henia.

As terrifying as the characters are in their calculation, Gombrowicz’s agile pen dilutes the tragedy with a lightness that only the best can master.  It’s a shame that Gombrowicz is not known much outside of Europe–he is a writer’s writer, easily displaying the genius of his craft and showing that he deserves to be regarded as part of the elite of modernism.  What’s more, is that Danuta Borchardt’s translation is just as good and will surely be the example that all other translations, if any ever appear, will be held up against.  With an exemplary translation, Pornografia is now available for all of us waiting to discover the rar
ity of truly skilled writing.