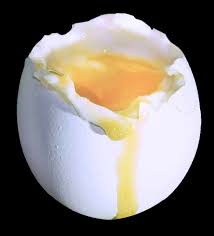 This novella definitely falls under the category of literature of transgression. Fan as I am of the Surrealists, Bataille had a brief connection with the Parisian group but was kicked out by André Breton. Even though I enjoy the Surrealists, getting kicked out of any literary movement is pretty phenomenal in my book. It’s difficult to pick out sections of this work to illustrate it’s remarkable blend of eroticism, psychology and philosophy. But, the following passage hints at what Bataille explores throughout the storyS

I stretched out on the grass, my skull on a large, flat rock and my eyes staring straight up at the milky way, that strange breach of astral sperm and heavenly urine across the cranial vault formed by the ring of constellations: that open crack at the summit of the sky, apparently made of ammonical vapors shining in the immensity (in empty space, where they burst forth absurdly like a rooster’s crow in total silence), a broken egg, a broken eye, or my own dazzled skull weighing down the rock, bouncing symmetrical images back to infinity. The nauseating crow of a rooster in particular coincided with my own life, that is to say, now, the Cardinal, because of the crack, the red color, the discordant shrieks he provoked in the wardrobe, and also because one cuts the throat of roosters.
To others, the universe seems decent because decent people have gelded eyes. That is why they fear lewdness. They are never frightened by the crowing of the rooster or when strolling under the starry heaven. In general, people savor the “pleasure of the flesh” only on condition that they be insipid.

Well, friends, hear the crow of the philosophical rooster. His name is Bataille.