Finally having arrived in Guadalajara Saturday night, I am firmly ensconced in the largest Spanish language International Book Fair.  23 Feria Internacional del Libro de Guadalajara is in controlled chaos, the book loving public swarming the aisles to see what’s new, what’s old but new again, and what’s affordable.  As busy as the Fair is, it is organized well.  I am in one of the fair hotels across the street and I have the distinct pleasure of hearing all the music performances without ever leaving my room.  A little Wayne Shorter Trio, a little Cal Arts Dance troupe, and a little world music so far and I have yet to actually visit the performance tent.  As for the Fair itself, I am glad that I am not remotely fluent in Spanish.  Because if I were, I would have wanted buy so many of the titles I saw on display.

Because I am focused on broadening the inventory for the bookstore that I work at, Skylight Books, I was drawn to many of the Mexican and Latin American publishers.  My new favorite is Almadia which is a little press that started in 2005 in the Oaxaca city.  Great covers and great authors.  I spoke briefly with one of their directors today and they are not yet distributed in the United States.  But he said possibly next year.  They have great authors including Francisco Hinojosa, Jorge Volpi and Camille de Toledo.  Also deserving of some attention is Tumbona Ediciones with their nostalgic, retro pin-up style website with a twist of sexy, who puts out a cool series call Versus, which are essays from well-known writers against pretty much any form of ideology.  Jonathan Lethem takes on originality and Laura Kipnis takes on love.  I became completely enamored with Sexto Piso for their graphic novel version of Proust’s Swann’s Way.

The most surprising find of the day was the Korean showing.  Although these books were there on behalf of the Korean Culttural Organization and translated into English, I could barely contain my excitement at being able to perhaps obtain some of them for our World Literature/Translated section.  They also had a stunning collection of children’s books that stood out due to their beautiful illustrations.   More about specific titles to come… 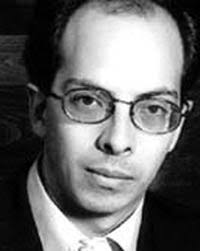 I ended the day with a panel that discussed Orhan Pamuk’s Museum of Innocence.  Orhan was there himself and accompanied by Jorge Volpi (A Mexican author whose novel

That’s it for today’s recap, looking forward to saying many more ‘no hablo espagnol’, ‘no entiendo’, un cafe con leche, fighting my way through the crowds and looking for the poetry salon(might even try one of those free shots of tequila?!)